There’s tension at the heart of Tiga’s musical soul. On the one hand he’s the underground techno don, the producer who made ‘Mind Dimension’ (2008) and, together with Audion, the pounding ‘Let’s Go Dancing’ (2013). On the other, there’s the pop sensibility that led him to record electro versions of Corey Hart’s 1984 hit ‘Sunglasses At Night’ (2001) and Nelly’s ‘Hot In Herre’ (2003). It’s this duality that makes him one of electronic music’s most engaging characters. He’s about as far away from your faceless techno DJ from central casting as it’s possible to get.

It seems Tiga was always destined to be a DJ. When he was growing up, until the age of 12, his parents spent half the year in Montreal, the other half in Goa. “They were hippies,” he says, “But it’s not like we lived on an commune.” It was, “wild” however. He remembers getting up at 6AM and cycling to meet his parents at Goa’s legendary beach parties. “I wasn’t allowed to go at night time,” he says. “There would be people out of their mind, swinging from trees. The music was kind of like they played in Ibiza in the late ’80s. My dad said it was music you did ‘serious dancing’ to. I guess that’s something that stuck with me. Never underestimate the power of being lost in the moment on the dancefloor. The funny thing is I grew up oddly conservative. And I’ve never found any of the after hours party scene shocking. I’ve never felt the need to rebel.”

Tiga’s first proper job was packing clothes in a factory. Everyone else that worked there was Jamaican. “It was so boring,” says Tiga, “But the people and music were great.” It was at this time that he started DJing, playing rave music inspired by the UK scene. In 1994, he bought a record shop called DNA. Two years later, in 1996, he opened his own club, Sona.. Then, in 1998, he launched his own record label, Turbo, which has since developed into one of techno’s most trusted imprints. Acts signed by Tiga who’ve gone on to become major dance music players include Chromeo, Azari & III, Gessafelstein, and Duke Dumont.

Tiga has played a huge part in defining the dance music landscape. He counts some of dance music’s biggest names as friends and collaborators. Indeed, collaborators have always been important part of Tiga’s make up. “Each album has had a few key players,” he explains. “The first album was me, Jesper Dahlback and 2manydjs. The second was 2manydjs and Gonzales. The third was mainly Matthew Dear and a friend of mine from Montreal called Clarian, who used to record as Footprintz.” Tiga’s latest release entitled ‘Woke’, co-produced with Clarian and Jori Hulkkonnen has been picking up significant radio plays on BBC Radio 1 in the UK & significant specialist radio attention, with a killer remix EP to follow suit. Remixes from the likes of Jamie Jones, Patrick Topping, Andrea Oliva and more, make this one of Tiga’s most talked of releases of recent times.

It’s the same urge to cross-pollinate that’s made Tiga such a prolific remixer (he’s reworked tracks for The XX, Depeche Mode, Iggy Azelia, Human League and Ninja Tune co-founders Coldcut, amongst many others). And he’s been remixed by some impressive names too, including Maya Jane Coles, Brodinski and Loco Dice. 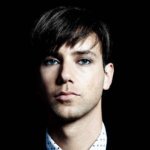