He is well known for his electronic music, veganism, and support of animal rights. Moby has sold over 20 million records worldwide.

Moby gained attention in the early 1990s with his electronic dance music work, which experimented in the techno and breakbeat hardcore genres. His first single under the pseudonym 'Moby' was "Mobility", but it was his remix of Mobility's b-side, "Go," that proved to be his first breakthrough. Go (Woodtick Mix), a progressive house track using the string line from "Laura Palmer's Theme" from the TV drama Twin Peaks, reached the UK top ten in October 1991 and earned him his first appearance on Top of the Pops. He released his eponymous debut in 1992. Some of his other singles in 1992 and 1993 were "Next Is the E", "Thousand" (with its 1,000 Beats Per Minute tempo), and "Voodoo Child."

Moby released a punk rock album, Animal Rights, in 1996. It included a cover version of Mission of Burma's "That's When I Reach for My Revolver" and was followed by a tour of Europe with the Red Hot Chili Peppers and Soundgarden. Just as Moby decided to change direction, the electronic music he had moved away from started to gain recognition and popularity through artists like The Chemical Brothers and The Prodigy.

In 1997, he released I Like to Score, a collection of his music that had been used in movies. Among those tracks were an updated version of "The James Bond Theme" used for the James Bond film Tomorrow Never Dies, and "New Dawn Fades" (a cover of Joy Division's original), which had appeared without vocals in Michael Mann's film Heat.

In 1999, Moby released the album Play. The album had moderate sales after its release, but eventually went on to sell over ten million records worldwide a year later. Every song on the album was licensed internationally to various films, advertisements, and TV shows, as well as independent films and non-profit groups.

In 2002 Moby released the follow-up to Play, 18, which earned gold and platinum awards in over 30 countries, and sold more than four million copies. Moby toured extensively for both Play and 18, playing well over 500 shows in the course of four years.

In 2005, Moby released Hotel under the labels V2 and Mute. All of the vocals and instruments were performed live in the studio, by Moby and vocalist Laura Dawn. Hotel spawned two of Moby's biggest European hits, "Lift Me Up" and "Slipping Away", both of which were number 1 European singles.

In 2008, Moby released Last Night, an eclectic album of electronic dance music inspired by a night out in his New York neighborhood (the Lower East Side). The singles from Last Night include "Alice", "Disco Lies", "I Love to Move in Here", and "Ooh Yeah". The album was recorded in Moby's home studio in Manhattan, New York.

Moby's following album, titled Wait for Me, was released in June 2009. The first single off the album was "Shot in the Back of the Head", and the video was directed by David Lynch. The single was available for free download from Moby's website. Moby toured for the album with a full band, something that occurred rarely during Moby's Last Night promotion, except for selected festival performances.

On February 15, 2011, Moby announced the release of his new album, Destroyed. It was released on May 16, 2011. A photography book with the same name was also released around the time of the album. Along with the album's announcement came the release of the EP Be the One, which contains 3 of the tracks from Destroyed The EP was released free for those who signed up for Moby's mailing list. For the next single, Moby put a poll on his website for fans to choose which single should be released next, and it came to be "Lie Down in Darkness". On August 30, Moby posted another request for the third official single, this time asking fans to say which should be next, without a poll. After this, he announced the following day through his Twitter that the next singles are "After" and "The Right Thing".

In July, Moby announced that he would be releasing a new studio album entitled Innocents. The album had been written and recorded in the previous 18 months and was due for release in October. The album was recorded in Moby's apartment and features a number of guest vocalists. The first official single from the album is titled A Case for Shame while the previously released track The Lonely Night also appears on Innocents. It was later revealed in August that The Perfect Life, which features Wayne Coyne, would be the next single, after a casting call for a music video was announced, calling "for obese Speedo-sporting bikers, nude rollerskating ghosts, and an S&M gimp proficient in rhythmic gymnastics"

In September 2016, Moby announced a new album named These Systems Are Failing. It was released on October 14, 2016, under the name Moby & The Void Pacific Choir. The first official single of the new album "Are You Lost In The World Like Me?" was included in the announcement. The video for that single, created by animator Steve Cutts, addressed smartphone addiction. The video won the film & video: animation category at the 2017 Webby Awards. In 2016 a first track "Don't Leave Me" of the then unnamed new album was made available at the same time as the announcement of the Circle V festival – a vegan festival created by Moby taking place on October 23 in Los Angeles, which featured his only live performance of 2016.

In 2016 Moby released the critically acclaimed memoir Porcelain which chronicled his life from 1989 to 1999 as well as the birth of the New York rave scene. It was accompanied by the release of the music from porcelain companion album which featured his music made during this period and music by other artists mentioned in the book.

On June 12th 2017 Moby released his second studio album with The Void Pacific Choir titled "More Fast Songs About The Apocalypse. It was available as a free download in partnership with wetransfer. A few days before the official release date, official updates surfaced along with a fake PR website of spokesperson John Miller, the name under which current US president Donald Trump used to talk with reporters in the 1980s. On June 20, Moby revealed the music video for 'In this Cold Place', directed by Steve Cutts. Much like 'Are You Lost in the World Like Me?', it is a Looney Tunes-inspired cartoon where the album's main themes of veganism, animal rights, environmental safety, political and social issues as well as their drastic consequences are portrayed. 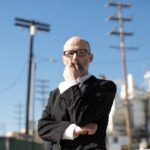 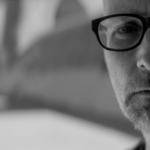