M83 is a French electronic music project currently based in Los Angeles.

M83 is vocalist, songwriter, multi-instrumentalist, and record producer Anthony Gonzalez. The band formed in 2001 in Antibes, France. M83 have released eight albums and three soundtracks. In spring 2001, M83 released their self-titled debut album recorded on an 8-track while Gonzalez was still in college. The release did not attract much attention outside Europe until September 2005, when Mute Records reissued the album worldwide. M83's second album 'Dead Cities, Red Seas & Lost Ghosts' followed in spring 2003 (and summer 2004 in North America) to widespread critical acclaim. Gonzalez returned to the studio to record the group's third studio album, 'Before the Dawn Heals Us,' which was released in January 2005.

The next year, Anthony began writing and recording a collection of ambient works. The album was recorded primarily at his home studio with the assistance of Antoine Gaillet. The resulting project was called 'Digital Shades Vol. 1,' and was released in September 2007 with a sleeve illustrated by Laurent Fetis. Saturdays = Youth,' M83's fifth studio album, was released in April 2008 followed by 2011’s 'Hurry Up, We're Dreaming.' It was Gonzalez's first double album and something he had dreamed of making ever since hearing The Smashing Pumpkins classic 'Mellon Collie and the Infinite Sadness.'

In 2013 M83 released the soundtrack for the movie 'Oblivion,' co-written with Joseph Trapanese and the soundtrack to 'You & The Night,' a film written & directed by his brother Yann Gonzalez. M83's seventh studio album 'Junk 'was released in 2016, and it was announced that Gonzalez would be the composer and musical director for Cirque du Soleil's touring show, Volta. In 2019 M83 released the 'Knife+Heart soundtrack,' composed for another film written and directed by Yann Gonzalez, and arriving more than 12 years after its initial instalment, 'DSVII' was released. 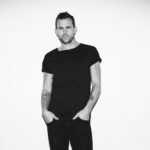 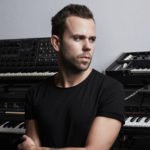 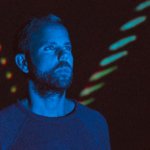